Scrolling through the Instagram or YouTube feed, did you come across a prize contest – also called a giveaway – and would you like to have some “tips” on how to increase your chances of winning? Well, being a prize contest, it is not possible to have a “method” that allows you to win with absolute certainty … luckily!

The only thing you can do, in these cases, is to inform yourself well about the rules of the giveaway in which you intend to participate, perform the required tasks in the best possible way and implement some small strategy that, in some cases, can actually increase the chances of victory. Finally, since it costs nothing, I would also recommend crossing your fingers when publishing the winners!

Jokes aside, if you want some information on how to win a giveaway, or rather, on how to avoid being excluded from the list of potential winners for distractions or trivial errors, let me give you a hand in this regard and show you some tricks of character practical that will come in handy anyway. Happy reading and good luck!

Giveaway: what it is and how it works

Before getting into the guide and seeing how to win a giveaway, it seems only right to explain to you a little better what a giveaway is and how it works.

As I already mentioned in the introduction of the guide, a giveaway is nothing more than a prize contest in which a person, company or organization undertakes to give a prize, usually inexpensive, to one of the participants.

Being a real contest, the organization and participation of a giveaway require the observance of some very specific rules. In this case, according to the Royal Decree of 25 July 1940, n. 1077 (MISE update of 9 July 2018), to organize a prize competition, a request must be sent to the Ministry of Economic Development when the value of the prize exceeds 1 euro (including tax charges).

On the other hand, whoever participates in a public competition must read the regulation and not assume improper behavior aimed at winning unfairly the same; under penalty of cancellation of the prize and possibly the initiation of legal actions by the organizer of the competition against the participant who committed the wrongdoing.

For more information regarding the organization and participation in prize competitions, I refer you to this page of the website of the Ministry of Economic Development, where you can further investigate the issue from a legal point of view.

You, however, having to participate in the competition and not having to organize it, do not worry too much about the organizational aspects; rather think about verifying the reliability of whoever is proposing the giveaway and – I recommend – stay away from any contests that might involve the payment of sums of money to take part in it.

How to win giveaways

Is everything clear so far? Well then let’s move on. I will tell you in detail about how to try to win the contests offered on some of the most used social platforms at the moment, but you can take my advice as general tips, to be taken into consideration also for giveaways proposed elsewhere.

Now let’s see how to win a contest and, more specifically, how to win a giveaway on Instagram. On the popular photographic social network, in fact, prize competitions are very popular and appreciated by users.

The starting point to increase your chances of winning a giveaway held on Instagram is to analyze the rules of the contest. It may seem trivial as advice, but if you don’t follow the rules there is no chance of winning.

In the case of contests that require you to take and publish a photo (which is quite common on Instagram), make sure that this is in line with the rules of the contest: if, for example, you have been asked to take a shot of a particular subject or scene especially, do not go “off track”. Also, if you are asked to use certain hashtags when posting your photo, be sure to include them all.

In any case, as far as the production of content is concerned, try to be creative and original, in order to capture the attention of those who will have to judge your work (always making sure to respect all the guidelines of the giveaway).

Since sweepstakes have a deadline, check the deadline as well: if you participate when the contest has expired, your name will certainly not be drawn. As for the extraction, however, usually this takes place through a direct Instagram and is communicated by the organizer of the competition through the publication of a new post or with a story, where the winner (in general) is also tagged.

Now that you know how to increase your chances of winning an Instagram giveaway, run to participate. I hope for you that you can win!

Would you like to know how to win a giveaway on YouTube? Well, in reality the things to pay attention to are practically the same that I pointed out to you in the chapter on Instagram.

Even in this case, in fact, the premise from which we must start is to analyze the rules of the competition. As I told you, if you ignore the rules of the giveaway it is impossible to win it, as you risk running into mistakes that invalidate your participation in the contest.

Usually, on YouTube the rules of the competition are summarized in the video in which the competition is announced, but to read the entire regulation you have to click on a link contained in the description of the video itself: I advise you to read it all and not be satisfied with the explanation which is given by the youtuber in the video.

The most common type of giveaway on YouTube is the one that concerns the extraction of a winner based on an action performed by the latter: most of the time it is required to comment on a video or subscribe to the channel (especially if it is a question of a “young” channel and/or with few subscribers).

In other cases, however, you may be asked to send your own video in which a certain action is performed (for example, you recite the channel motto or do some other action indicated by the organizer of the competition) and then, that deemed best or the one that is randomly drawn wins the prize up for grabs.

Again, try to create original and quality content (in this regard, my tutorial on the best video editing programs might be useful ) and pay close attention to the deadline of the competition: if you participate late, clearly you will not be able to win a nothing at all.

As for the announcement of the winner, this could take place in a video published on the channel, a live one. In many cases, the interested party could also be contacted directly by the contest creator (for example via e-mail), before its public proclamation. 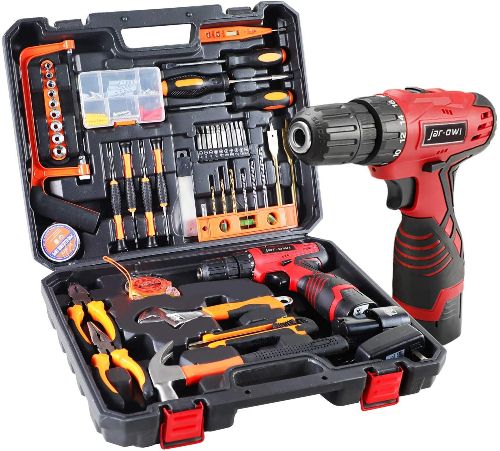 5 signs you need to reinstall Windows 10