You are a great fan of Minecraft and by now you have done myriads of activities within the world of “cubes” created by Mojang, to the point that you thought you had discovered everything by now. But now things have changed: you have in fact noticed the existence of a “secret” block, not directly accessible from the game’s inventory: the Command Block. You have seen it used in some videos, but you are not sure how to get it.

That’s the way it is, isn’t it? Well then I’d say you’ve come to just the right place! In this tutorial, in fact, I will show you in detail how to have the Command Block on Minecraft focusing on all the various editions of the Mojang title, so that you can reach your goal from any platform. There will also be a way to analyze some of the possibilities offered by this block.

What do you say? Are you ready to find out how to get the Command Block in Minecraft? From my point of view, yes, since you’ve come this far and you seem interested in the subject. I understand you: online you can see some very intriguing structures built with this block. Come on then, just take some free time and follow the quick directions below. There is nothing left for me to do, except wish you good reading and have fun!

Before going into the details of the procedure on how to have the Command Block on Minecraft , I think it may interest you to know more about this possibility.

Well, the Command Block, also called command block, allows users to generate certain objects and execute particular commands, able to “fix” the elements of the game. Said this way it may seem complex, but in reality it is all very simple: by pressing on these blocks, you can type a command of any type and carry out the most disparate actions.

Just to give you some practical examples, you might think about having the Command Block “generate” an armor stand with a rotation that would not usually be allowed by Minecraft. Plus, you can use this ability to craft items that aren’t directly inside your inventory and more.

Normally, to activate a Command Block you just need to use a redstone block. However, when interacting with the block, you can choose several options. In particular, you can choose the way in which it will perform the action ( Pulse, Chain or Repetition ), the condition (if set to Conditional, the block executes its command if the one next to it has also performed action successfully) and what it takes to activate it ( Redstone or Always On ).

In short, through this particular object you can create structures that are particularly beautiful to see, which will leave your friends speechless.

How to have a Command Block in Minecraft

As you know, there are several versions of Minecraft, from the Java edition for PC to the Bedrock edition available for Windows 10, mobile devices and consoles. Below, therefore, you will find explained how to act on both.

How to get the Command Block in Minecraft Java

The Java edition of Minecraft for PC is the one most used by geek users. In fact, many mods are only available for this version of the Mojang title and, generally, the Command Block is used by PC.

Well, getting this block in Minecraft Java Edition is easy and you don’t need mods to do it. All you have to do, in fact, is to start any game in Creative mode with the commands activated, press the T button on the keyboard, type the command / give [your username] minecraft: command_block and press Enter.

I remind you that the commands can be activated directly during the creation phase of the world. In particular, once the game is started, just go to the path Single player> Create a new world> Other world options and set the Commands option to Yes. Then, to save the changes, first click on the Done button and then on the Create a new world button.

In any case, to interact with the Command Block and use it, just right-click on it, type the command you want to use and press Enter.

For more details about a concrete use of the Command Block in this version of the Mojang title, I suggest you consult my tutorial on how to make a gaming station in Minecraft, in which I used the command blocks to generate armor supports invisibles that keep the triple monitor configuration “standing”.

How to get the Command Block in Minecraft PE

Then start Minecraft and press the Play and Create a world buttons (or modify an existing world one through the pencil icon). At this point, go to the Game tab and set the Activate cheats option to ON.

Obviously, you will not be able to obtain achievements from this world. Remember that you can only use the Command Block in Creative mode.

Once in the game, press on the chat icon at the top, type the command / give [your username] command_block and confirm.

Perfect, now you can place the block wherever you want and start using it!

To conclude, since you are a fan of the Mojang title, I would also like to advise you to take a look at the page of my site dedicated to Minecraft, where you can find countless tutorials that could be for you. 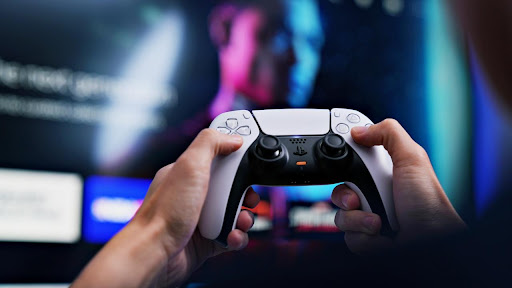