LC-208 is one of the nastiest bugs in Overwatch 2. Luckily, you can get rid of it.

The release of Overwatch 2 was far from being the smoothest. Perhaps the main problem of the game at that time was the constant overload of game servers. In the first hours after the release, few people could connect to the game, and if someone managed to do this, after some time they were thrown back to the main screen, where the LC-208 error flaunted. Unfortunately, this error occurs periodically even now.

Solution for LC-208 error in Overwatch 2 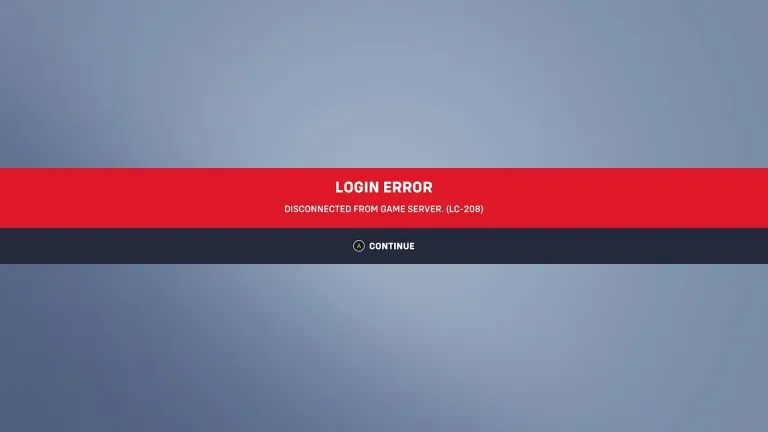 The game base of Overwatch 2 has thousands, tens of thousands of players: the game servers will fail one way or another due to overloads. In addition, servers will periodically be subjected to DDoS attacks by hackers – one such attack occurred earlier this month. Well, do not forget about the problems on the side of the player himself: an unstable network connection, a buggy router, breakdowns at the provider, etc. etc.

If you’re having connection issues in Overwatch 2, the first thing you need to do is check your network connection. Speedtest, Windows Troubleshooter, Router Restart, Console NAT Check – Make sure you have stable internet access. Perhaps there are some problems on the side of your provider – call him. If possible, switch your device to a wired connection.

As we said above, the game servers will not always be up and running. Fortunately, you can always check the status of the servers on the official Overwatch Twitter account . Yes, we know that Twitter is blocked for residents of the Russian Federation – use a free VPN. Those. maintenance, breakdowns and force majeure – it will indicate what is wrong and when the servers will return to a healthy state.

And what is the result? The LC-208 often appears in Overwatch 2 as a result of game servers overloading or breaking down. In more rare cases, the error is caused by problems with the network connection of the player himself.

How to fly with the trident in Minecraft

How to put the skin on Minecraft

How to make a secret passage in Minecraft