Features, advantages and disadvantages of devices from Harper.

The Harper ABX-460 smart box expands the functionality of any TV with full Android 9.0, 4K support and 2 physical USB ports. And the keyboard connected to it turns it into a full-fledged multimedia center.

The prefix is ​​supplied in a white box, which also contains: 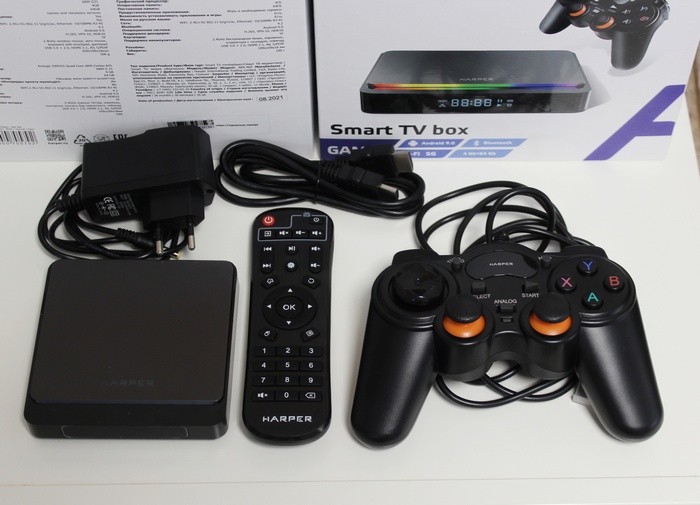 Here’s the controller up close: 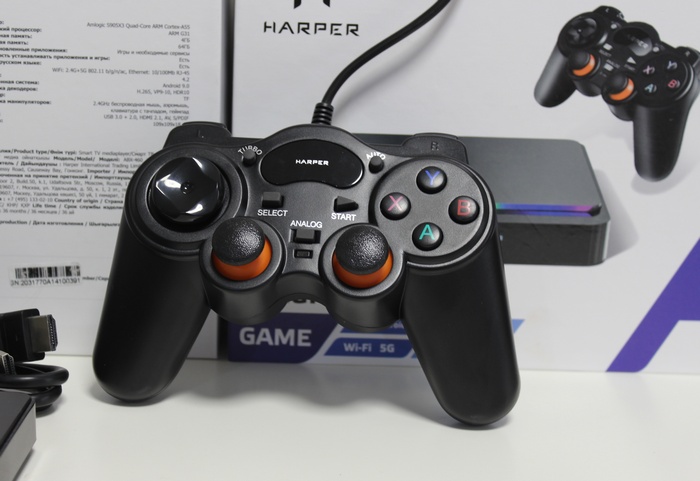 The keyboard is sold separately and also comes in a white box, complete with: 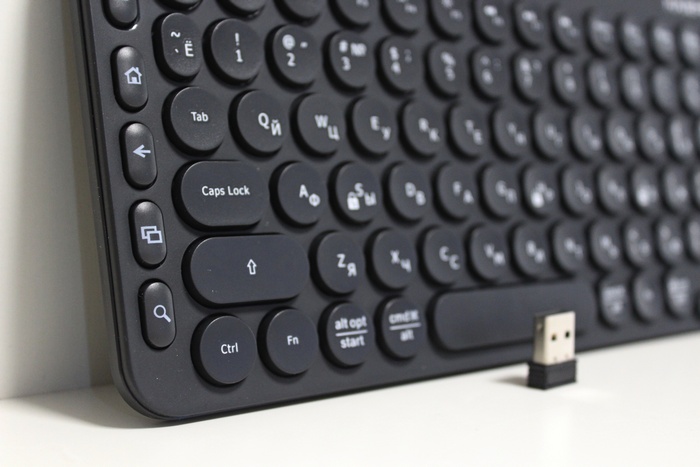 The square body of the Harper ABX-460 is made of plastic: the bottom and top panels are matte, the side faces are glossy. 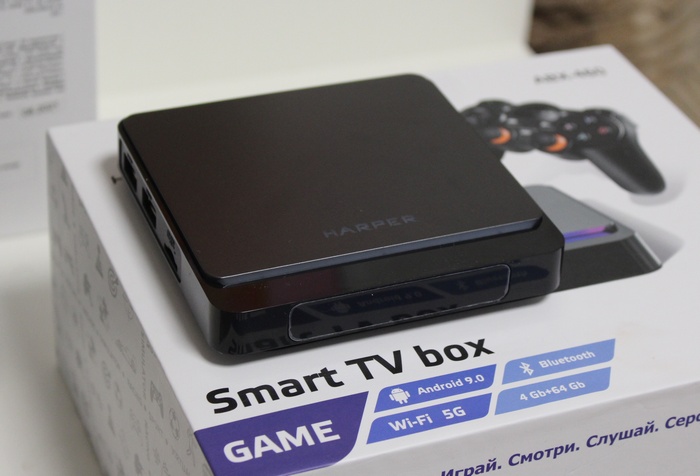 The front panel has an LED display that shows: 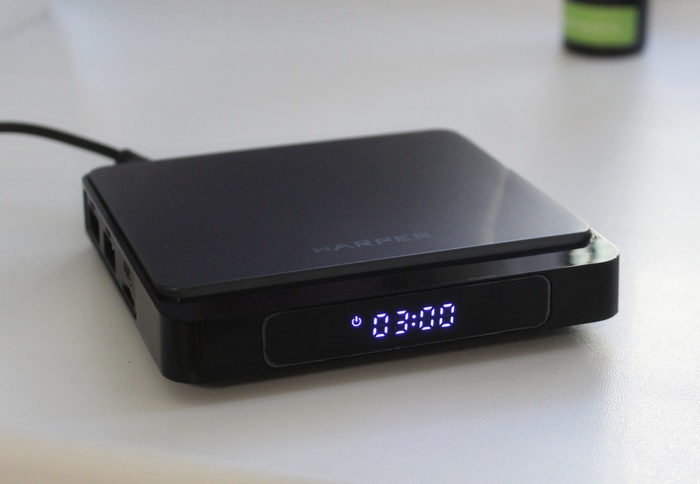 On the left side there is a slot for a microSD card and one USB 2.0 and one USB 3.0 port each. The latter is highlighted in blue. 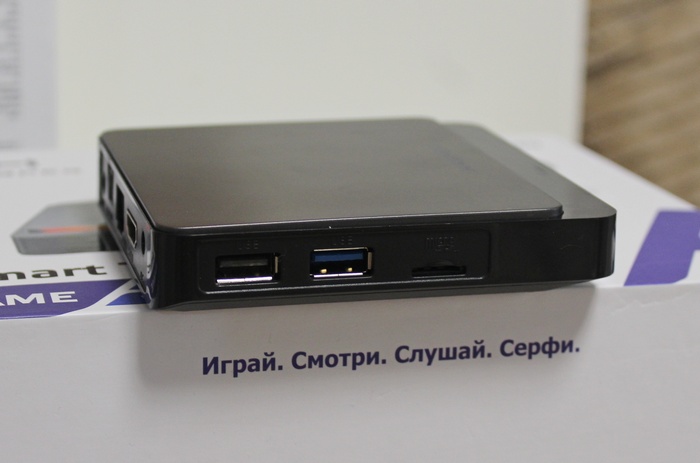 On the reverse side are: 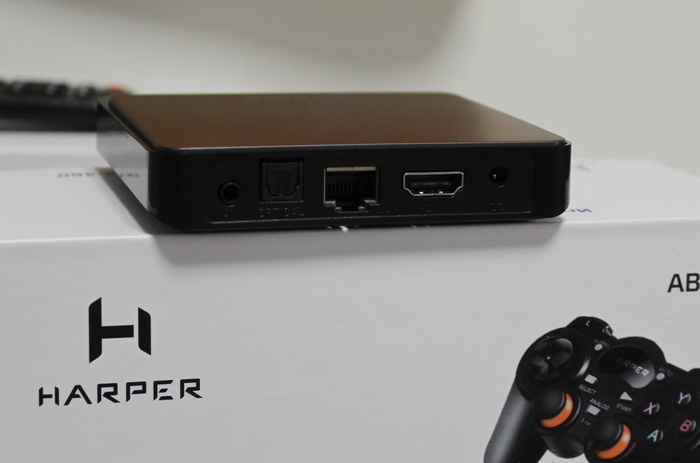 Below are 4 rubberized legs and ventilation holes. You cannot mount the device on the wall. 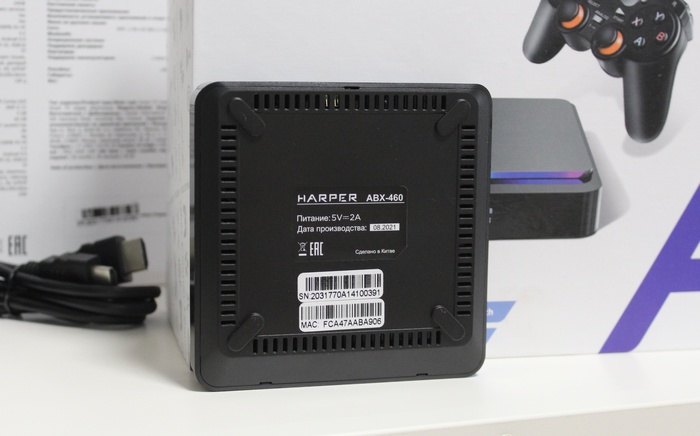 Manage the smart box using the complete control panel. Use it to adjust the sound, move around the interface or use it as a mouse. 5 buttons are collected in a separate block on top, which can be configured to control the TV. 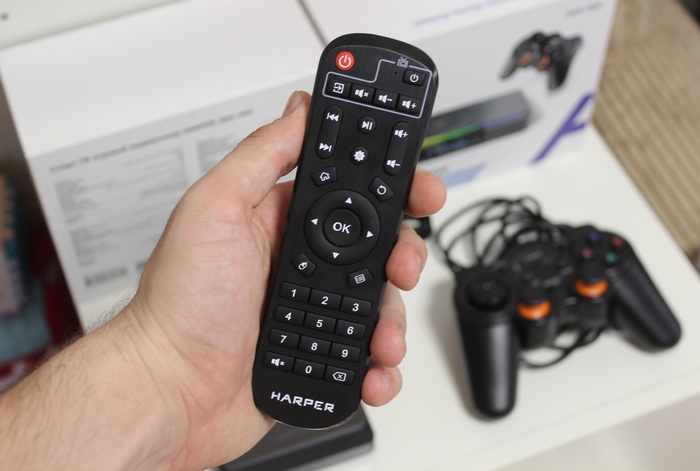 Looks Harper ABX-460 strictly and concisely. A separate plus for the exact time displayed on the LED display. 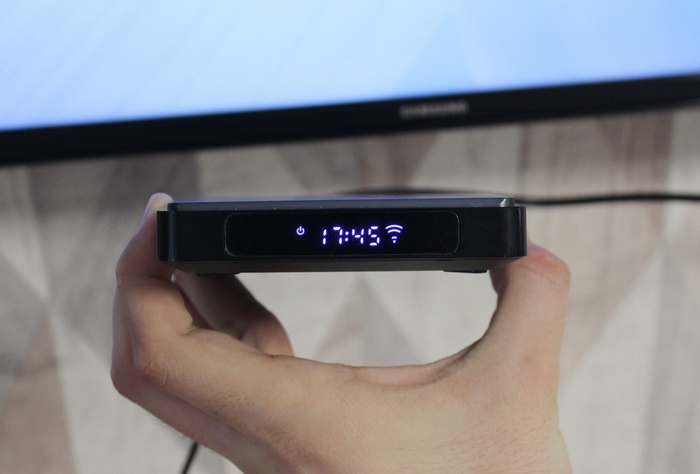 Regarding the keyboard, the matte black body of the Harper KBT-330 is notable for its rounded edges and a coating that does not collect fingerprints. 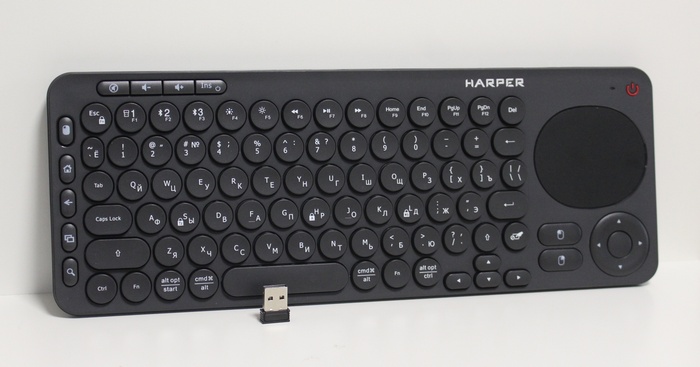 The main panel contains a full keyboard layout. The keys “F9”, “F10”, “F11”, “F12” are combined with the buttons “Home”, “End”, “Page UP/Down”. Both “Alts” also perform the “Cmd” function if you connect the device to MacOS. In place of the Num-pad, they placed a touch panel and 2 keys that repeat the left and right mouse buttons. Even lower is a block that repeats the buttons “Up”, “Down”, “Left”, “Right” and “OK”, as on the remote control. 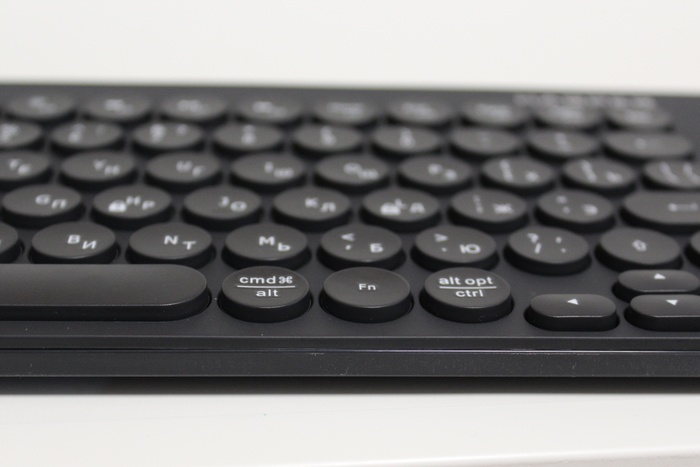 The main 79 keys complement another 19. The latter include: 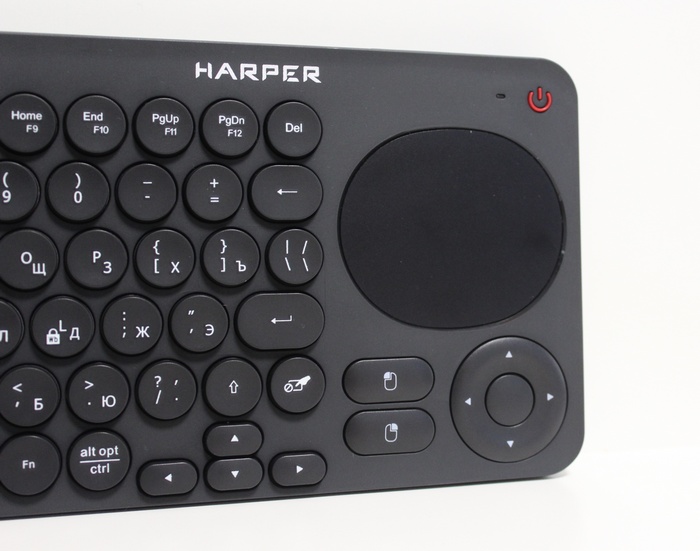 In addition to the infrared port, there is a slider on the front panel to turn off/on the keyboard. 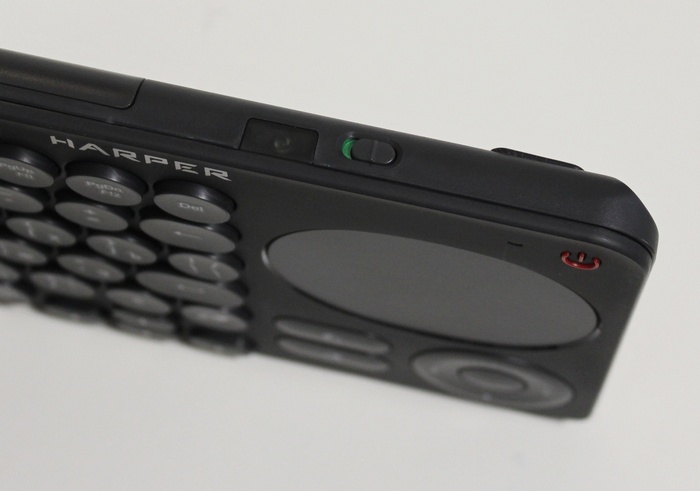 Below is a compartment where the batteries are installed and the USB module is hidden. Along the edges are rubberized anti-slip feet. 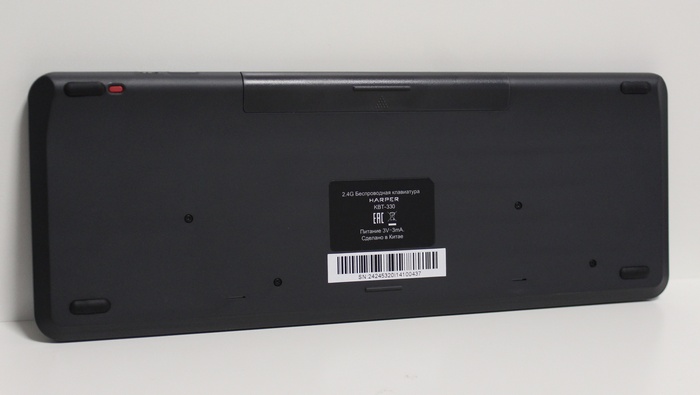 When you press the keys, the body does not squeeze and does not creak. When shaking, there are also no third-party sounds. The dimensions of the device are 335 x 123 x 18 mm and the weight is 330 g. 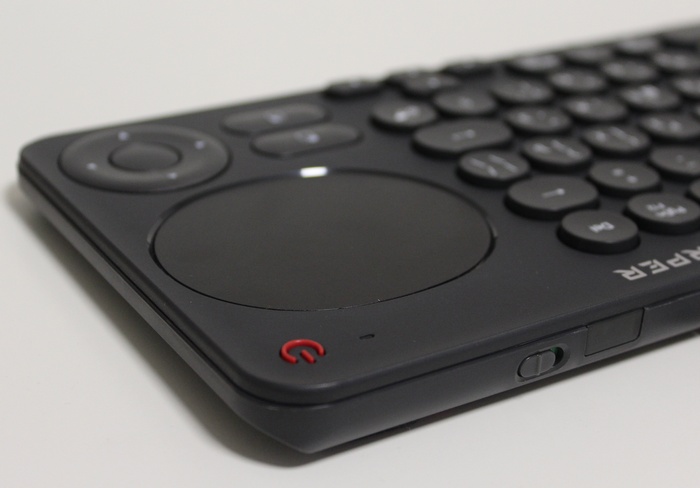 The smart box is based on the Amlogic S905X3 processor with 4 Cortex-A55 cores capable of overclocking up to 1.7 GHz. Mali-G31 is used as a GPU. The amount of RAM is 4 GB. 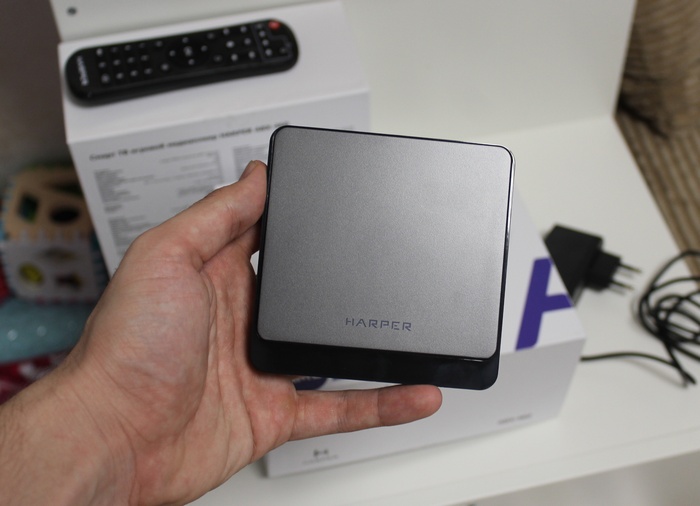 This configuration is enough to play video in 4K UHD resolution at 60 frames per second. High dynamic range video standards HDR10 and HLG are supported.

The signal is output to the TV via an HDMI 2.1 interface with CEC support, that is, from one remote control it is allowed to control several devices at once (TV + smart box). The presence of an AV connector allows you to connect the device to old TVs using the “tulips”.

They play content from an internal 64 GB drive, an installed microSD card up to 128 GB, or an external hard drive connected via one of the USB connectors. The installed hardware is enough to play movies up to 50-60 GB. 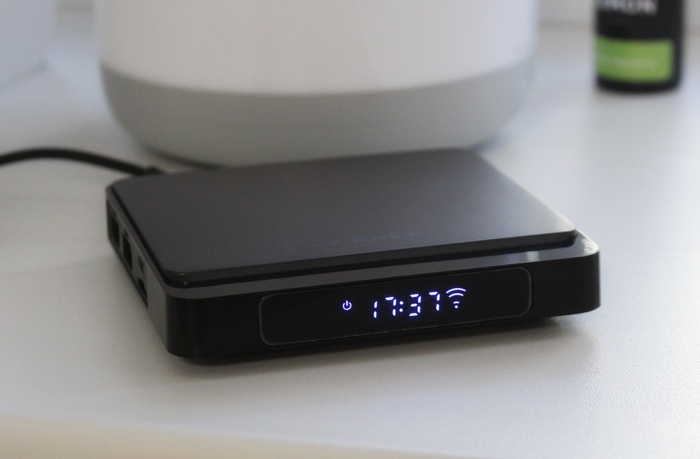 There are also no problems with watching streaming video in 4K, since Internet access occurs via an Ethernet cable or Wi-Fi that supports 2.4 / 5 GHz frequencies. Using Bluetooth 4.2, wireless headphones, keyboards, mice or gamepads are connected to the Harper ABX-460. Without the latter, it will not be possible to play undemanding 3D games.

The Harper KBT-330 keyboard is connected to the smart box using a USB module or via Bluetooth 5.0. At the same time, the device is synchronized with three devices and switched between them using the “F1”, “F2” and “F3” keys. That is, the user, after typing on the TV box, can switch to the TV to configure the settings, then connect to the PC / laptop and then return to the TV box.

The operating system is a full-fledged Android 9.0. 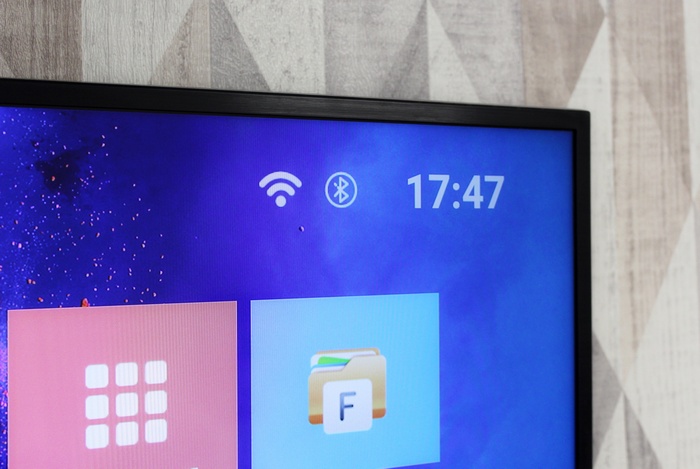 Unlike the cut-down Android TV, any software from Google Play or an APK file downloaded from third-party sources is installed here. 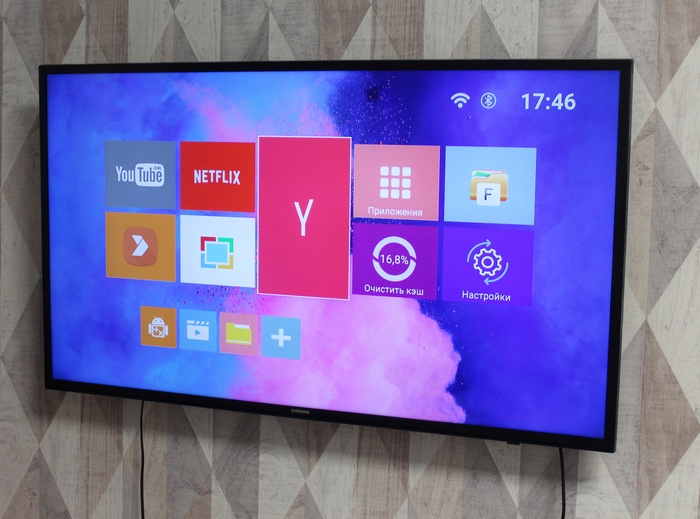 After turning on, the user is greeted by the main screen with access to key applications, according to manufacturers:

There is also a shortcut for quickly clearing RAM and going to Settings. At the bottom there is a panel for adding software shortcuts from the Applications tab. 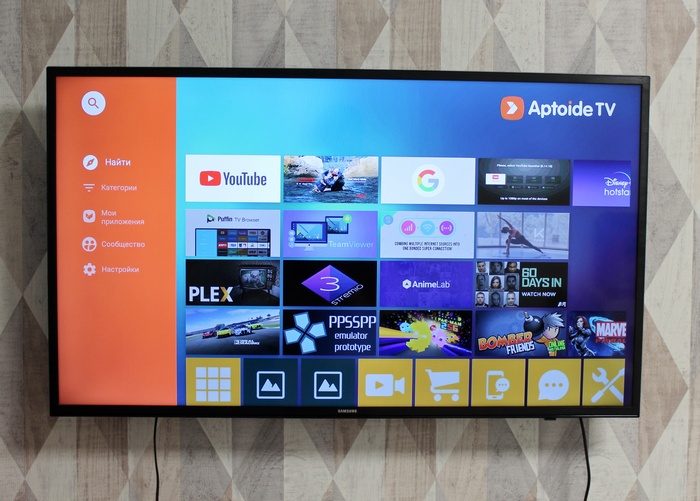 Among the pre-installed software is ColorLED for adding RGB lighting. For example, change the glow color when you start games, videos or music. If you don’t like the glow, you have the right to turn it off.

In fact, Harper ABX-460 can be called a game console, because you can install different games (Android) in the media player and play them on the big screen using a gamepad. This greatly expands the capabilities of the device, especially given the progress of mobile games. 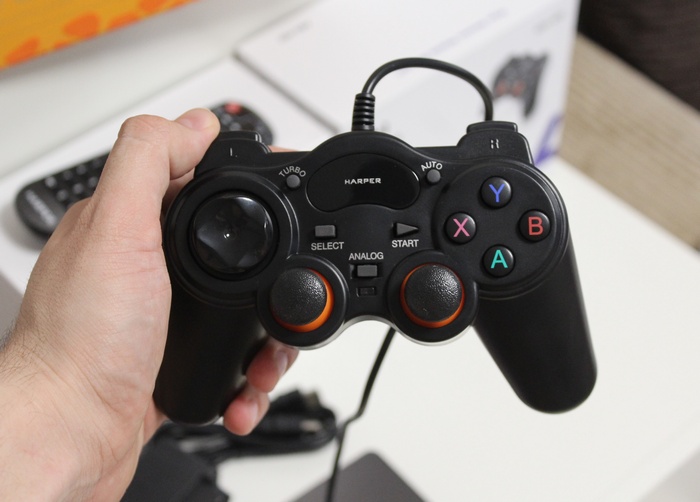 Harper ABX-460 is a direct analogue of Smart TV with full Android 9.0 and video playback in 4K resolution. Keyboards, mice, gamepads and external hard drives are freely connected to it, from which movies up to 50-60 GB are launched. Harper KBT-330 will be a great addition to quickly search for content, communicate in instant messengers and social networks.

How to recover photos from Google Photos

How to set up a router