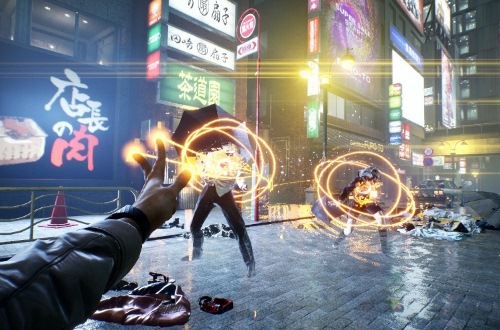 Ghostwire: Tokyo is an upcoming Japanese action-horror video game in the action-adventure genre. This is the most recent installment that Ikumi Nakamura has had under his direction, after having contributed to major productions such as; Okami, Bayonetta or The Evil Within. The artist Nakamura is considered a worthy disciple of Shinki Mikami.

This title was announced by Mikami himself in 2019, its official launch will be on Friday, March 25 for PS5 and Microsoft Windows.

The story is set in a supernatural version of the city of Tokyo, the capital of Japan; where paranormal phenomena arise. There are strange forces that are closely related to the disappearance of the inhabitants of the city.

In Ghostwire: Tokyo, the gameplay is in the first person and our avatar is a young survivor of the events. Our character wakes up with a strange voice in his head that will help him survive; Giving him elemental powers and other abilities that will help him reveal the truth of what is happening in Tokyo.

From Tango Gameworks, we do not require a super powerful PC to run the game, the most important thing is to have a fairly decent graphics card. Another notable requirement is to have at least 12 GB of RAM.

This game does not take up much space on your hard drive , but it is still recommended to use an SSD. Here is the full list of requirements to play Ghostwire: Tokyo on PC:

For those who are waiting for the arrival of Ghostwire: Tokyo on computers, the game will be released on Friday, March 25, along with its launch on PS5. The game can be purchased in its virtual format through the Steam and Epic Games Store platforms .

Reservations in digital stores are already enabled. Also, for those who pre-order the Deluxe Edition it will be possible to release the game 3 days in advance.

Ghostwire: Tokyo could be coming to Xbox according to director’s comments

As an extra novelty we have the possible arrival of Ghostwire: Tokyo on Xbox . The Tango Gameworks studio is ready to release its new title next month. Bethesda is the publisher of the game and is also part of the Xbox ecosystem . Microsoft maintains absolute respect for previously established contracts, so Ghostwire: Tokyo has no outlet for Xbox.

In a recent interview on the VG247 blog , director Shinji Mikami discussed the possible arrival of Ghostwire: Tokyo on Xbox. The director referred more to when it could be than anything else.

Mikami commented that “ there will be something for Xbox in the near future for sure ”, regarding the game of course. Although the manager cannot give a specific announcement due to the exclusivity contract that he currently has with Sony . An arrival on Xbox can still be expected once the aforementioned contract ends.

This type of maneuver is not something new, a similar case is the one that recently happened to Deathloop; which is also expected to arrive soon on Xbox as soon as its respective exclusivity contract ends.

4 common PlayStation 5 problems and how to fix them

How to register on Ruzzle