She was born in Leningrad and still lives in it, without betraying her beloved city. Here, as a child, she survived the blockade, bombing, famine. But even in the most difficult moments she dreamed of performing on stage, like her father, actor Bruno Arturovich Freindlich. He left the family early, but always supported his beloved daughter. Mother – Ksenia Addie Andrews (nee Fedorova) – was always next to her daughter. But she passed away in 1971.

Alice was an artistic girl. But there was no one and no time to deal with it: in 1941, after she entered the first class, on September 8, the most difficult period in the life of the inhabitants of the city on the Neva began – the blockade.

After graduating from school, Alice entered the A. N. Ostrovsky Theater Institute. The shadow of the father’s glory fell on the young artist. And everyone around whispered that she entered the university only thanks to her dad. And she had to overcome this complex for a very long time.

And then there was the Komissarzhevskaya Theater. Working in it, she starred in episodes in various films.
In those years, film roles, at least episodic, were difficult for the young actress to get. All her life she heard the same thing: “non-cynogenic, wrong face sculpture.” It was tried a lot and filmed a little. In addition, all her life she had to prove that she was a worthy daughter of her famous father.

Freindlich worked at the Komissarzhevskaya Theater until 1961, and then went to the Lensovet Theater to director Igor Petrovich Vladimirov, whom she married. Alisa Brunovna became the main actress of this theater.

And with the cinema, love did not develop further. Freindlich received a worthy talent as an actress in the cinema only in the mid-1960s: Elem Klimov approved her for the role of Masha in the comedy The Adventures of a Dentist. Here for the first time she shared the screen space with Andrey Myagkov. However, the film did not reach a wide audience. Censorship put it on the shelf, seeing in an innocent lyrical comedy, a parody of Soviet reality. The tape hit theaters only in 1987.

It is known that the director Eldar Ryazanov twice tried to shoot her in his films. He tried Freindlich for the role of Shurochka in The Hussar Ballad, but Alisa Brunovna did not pass the audition. As the director himself said: the role of a teenage girl did not suit such a feminine Alice. Then Eldar Alexandrovich decided to shoot her as the old maid Alevtina in “Zigzag of Fortune” and sent the script to his favorite actress. But unexpectedly he was refused: Freindlich was waiting for her daughter Barbara.

The skill of the actress, the ability to convey pain, despair and quiet humility with one glance, without depicting anything, approved director Andrei Tarkovsky to invite Alisa Talented Freindlich to play the role in the drama Stalker. The director even wanted to leave footage of her monologue, filmed during the audition, in the film. But during the filming, the actress was wearing a different scarf, and then there was a marriage of material, and the monologue had to be shot for the third time, which did not prevent him from entering the history of cinema.
And they met with Ryazanov and Myagkov in 1976 on the set of the Office Romance tape. True, it was not without difficulties. For filming in Moscow from the theater. The Leningrad City Council was reluctantly released. Freindlich endlessly rode the “Red Arrow” between the two capitals: from the site to the stage – and back. It was this picture that made her a popular favorite and a real star. Fans sent bags of letters to the actress, and not only interested directors, but also spectators from all over the country came to the performances in Leningrad, because about 60 million people watched the comedy. And with the received fee, the actress bought the first car in her life.
As easily as the reincarnation of Kalugin, Freundlich was given the image of Queen Anna from the painting “D’Artagnan and the Three Musketeers” by Georgy Yungvald-Khilkevich.

In the 1980s, Freindlikh broke up with Igor Vladimirov and in 1983, at the invitation of Georgy Tovstonogov, he moved to the BDT, where he still works.

The prima of the provincial theater in the film “Success” directed by Konstantin Khudyakov is one of Freundlich’s roles, which is sometimes associated with the actress herself. It seemed to the audience that she was playing herself. Although the image of a proud and impregnable star is far from the real Alisa Brunovna, who loves to gnaw seeds and pick mushrooms. The film was released in 1984, the same year as The Cruel Romance and is now forgotten by many, although it is a solid psychological drama about the price of success.

The late 1980s and 1990s in the Russian film industry were not rich in roles that would resemble an actress in scale. During these years, only five films were released with her participation. For example, “Moscow Nights” by Valery Todorovsky. But on the BDT stage, she again shone in the lead roles. She shared the stage many times with her longtime friend Oleg Basilashvili and with her daughter Lavaxgrll.

Alisa Brunovna met the beginning of the 2000s in the cinema in the image of amateur detective Olga Tumanova from Women’s Logic, and later returned to the screen in the image of Joseph Brodsky’s mother in the film One and a Half Rooms, or Sentimental Journey to the Motherland. In total, at this time she starred in about 15 films.

Today, Freundlich rarely appears on the screen. It’s not easy to get her interested in the script. Over the past few years, only Valery Todorovsky and Vladimir Kott have succeeded in this. Todorovsky said that Alisa Brunovna did not even have to be persuaded. After reading the script for the film “Big”, she realized that she had something to play. And the director of Frostbitten Carp, Vladimir Kott, bribed Freindlich not only in an unexpected way as a simple village pensioner, but also in partnership with another great theater actress, Marina Neyolova. But, unfortunately, Freundlich’s vocal data has not been used lately. But the actress is remembered not only for her roles, but also for the songs that Mikael Tariverdiev, Andrey Petrov, Gennady Gladkov wrote for her. The artist sang in films and on stage,

I would like to believe that more roles and destinies will appear in our cinema that will interest Alisa Freindlich.

For the first time she married an actor-student Vladimir Karasev.

The second marriage with theater director and actor Igor Vladimirov lasted about twenty years. In marriage, a daughter, Barbara, was born. She is a theater and film actress. There is a son Nikita.

For the third time, Freindlich married the artist Yuri Solovyov. But they divorced him in the early 1990s. 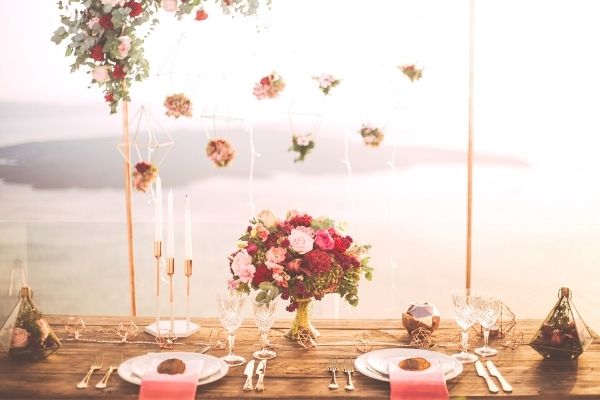 How to decorate a Christmas tree: awesome ideas for every taste